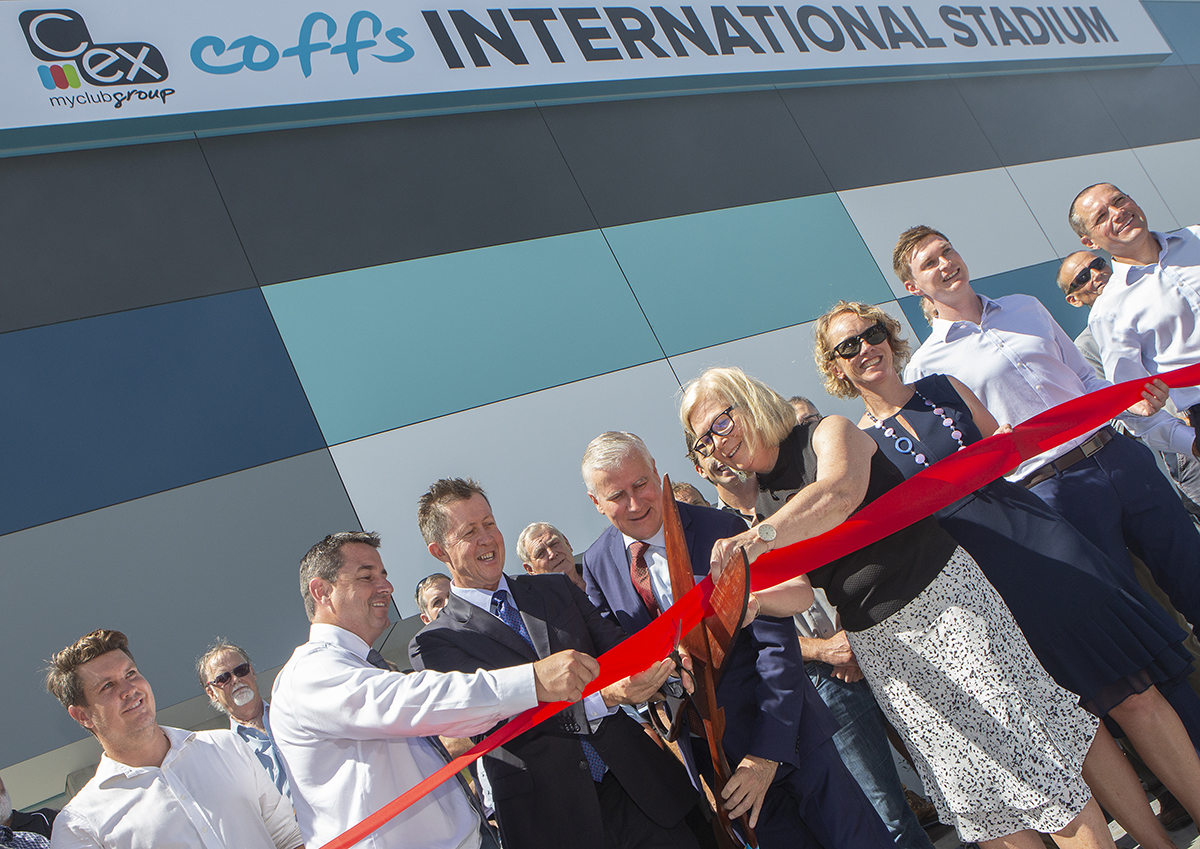 A major milestone for Coffs Harbour this week with the official opening of the Stage 1 upgrade to C.ex Coffs International Stadium.

The new grandstands have opened on time for the National Touch League championship. “This important national event brings the best Touch Football players from across Australia, we know they will appreciate the new state-of-the-art player change rooms, coaching and media boxes and spectator amenities,” said Nikki Greenwood, the council’s Group Leader City Prosperity.

“Council staff have worked closely with the lead contractor Lipman Pty Ltd, supported by their design team from Hassell Sports Architects and Coffs Harbour’s own local DRA Architecture, as well as Project Managers APP Corporation Pty Ltd and a range of national and state sporting bodies and local businesses.

Over 30 local subcontractors have worked tirelessly to get us to this point and we’ve loved having so many familiar faces delivering this important community asset,” Ms Greenwood said.

I don’t think there was a media station missing from the action with each article linked below.

A fantastic effort and a big congratulations to all.